A downloadable demo for Windows

Set in a beautiful world of colorful tiny planets, PlanetRealm will take
you on a puzzle solving treasure hunt through mysterious vines, mazes and
forests. Travel from planet to planet in search for clues that will reveal the
path to the legendary Hidden planet! Game will involve a variety of interesting puzzle mechanics like rotating planets, planet-sized mazes and perspective-based puzzles.

Demo (in alpha) features the begining area of the game with four playable planets in about 20-40 minutes of gameplay. We would love to get some feedback on it!

UPDATE: We uploaded a new version of the demo as a new project as a lot has changed. Check it out, we would still love to get as much feedback as possible!

Gameplay!!
With All thanks and appreciation to the creator of the game!!

Colourful! Vibrant! Relaxing! Really good design here, and I also found the inspiration for the design. Loved it!

Hey there! I loved the graphic style, we don't see it often is games! The music is really calm and puts you in the right atmosphere. For the gameplay I will have to agree with Oblivion, we need proper missions or objectives to realize and it will be a great game! keep it up!

Have you considered participating in our GDWC ?  The competition is totally free and with winning prizes! Our mission is to support and reward the Indie game developer community.

Check out our Itch.io profile for more information!

STOP SPAMMING! I'm sick of your crappy website spammed all over itch.io. Calling it the "Game Dev World Championships" is just a pathetic way of trying to give it some legitimacy. It's trash. It's spam and you're a spammer. Please stop.

Hey! Thank you very much for trying it out and the feedback, glad you like what we have so far!

We haven't considered participating in any competitions yet to be honest, these are our first steps in game dev world so it never even crossed our minds. I'll talk to the rest of the team about it!

Alright! If you have any questions feel free to ask me anything!

As the majority of the other reviews have stated -  this game is visually stunning. Though not particularly my favourite artistic style - I appreciate what you were going for with it, it's abstract nature may appeal to a niche currently neglected within the gaming world. With that in mind, lets get on to the review...

PlanetRealm is a solid puzzle game in an early alpha state. With this in mind - it's few downfalls can be excused due to it being so early in the development process. The game is visually stunning - it's abstract, simple, low-poly artistic style appealing to a niche currently neglected in the market. This is complimented by it's relaxing music and SFX which make for a pleasant gameplay experience. Unfortunately, it does not reach it's full potential - held back by poor variation in level design and a constant change of direction during travel which gets quite nauseating as time goes on.

Overall, PlanetRealm is not quite my cup of tea in the state it is in - though with some TLC has amazing potential to become a fun, succesful puzzel game. It recieves a mediocre 4.5/10 form me - simply due to a lack of direction in it's gameplay.

However, I wish the developer luck as the game still has potential to become a great game. Good luck!

Thank you for taking the time for playing and giving feedback, love the in-depth review!

Regarding your second point in Cons, this is not the first time we're hearing it, but it does seem to depend from person to person. We'll test out third-pesron view to se if having the camera higher and thus having bigger field of view around the planet helps.

I'm hoping game's downfalls can be excused a bit further if you know that there are 3 people behind it, who never made a game before in their life. We want to learn game design through this project, and feedback is the best way for us to learn how to make the gameplay better and hopefully eventually bring the game to it's potential, so thank you again!

For an Alpha Demo this is a  great start to a fantastic project and the use of colours is second to none and helps to present a visualy stunning environment. I really enjoyed walking around the first two planets and exploring and when I found the first gate to the next planet I had a chance to site back, sip my coffee and enjoy the journey all the while admiring the graphics in this alpha demo.

On the second planet though, I found myself lost with no clue as to what to do next although I did find the tree with a symbol of a tree on it and the puzzle item at the start. I did also find the with a picture of a tree on it and i'm not sure if it was a clue or not.

The one thing I found that didn't help though was that the few distance (for me) felt too short and as I walked around the scenery seemed to kinda whisk into view and then out and after a couple of minutes I felt I had to take break but that could have been just me, perhaps I shouldn't play first thing on a morning after being on the sauce the night before lol.

But all in all, it is an ALPHA DEMO and a bloody good ALPHA DEMO so I personally, can't wait to see how the final release is going to play but what a great start to this project. wow :)

Thank you very much for all your kind words! We're really happy to hear it's at least eye-catching but we still have alot of actual game design to learn hehe. The feedback is really helpful and the gameplay gave useful insights, thank you for taking your time!

Hahah hope you enjoyed the other night and the consequences are gone by now. I am a bit confused about "few" distance, do you mean "view"? If so, were you changing it in the settings after recording the video? I didn't notice any clipping during the play, I want to understand what was happening :)

Sorry, I meant "view". I though I had done a spell check afterwards but not so hahahaha.

So, first off I want to say that the game is downright gorgeous. The world design and art direction are top notch and make the world feel alive and unique. However, the gameplay drove me off very early on due to the way that player interaction met the world design. The maze was a rough starting point due to the fact that it's extremely difficult to tell what way you're supposed to be going due to the lack of reference points in the spherical play areas and second was the difficulty in determining what choices to make from the shortsightedness of the horizon being so close to the player. This ended up feeling like a walking sim based entirely on chance rather than a puzzle game, and the second world only reinforced all the same issues with its keyhunting. Again, I love the world you've created, I just don't think it meshes well with the gameplay provided.

Sorry for the late response, I'm checking as often as I can but we're really new to all this and got a bit overwhelmed with everything going on around publishing for the first time.

Firstly, thank you for playing! And for providing in-depth feedback, being able to watch you play and comment was eye-opening to a lot of things but I'm also really glad that some of the things you mentioned are already on our to-do-in-the-future list. For instance, we want to look into the player having the control over the speed of "flight" between planets, either with mouse wheel or holding down a key, 30 second flights throught the whole game are not acceptable.

When we started playtesting ourselves we also soon realized the maze is an absolute pace killer in it's current state, but left it like that to test the concept of maze solving only with the use of footprints. We will eventually probably switch it with a different planet that's gonna have another type of puzzle and more story-related content and introduce the mazes later on. I want to hear your opinion if you don't mind, do you think we should put more hints on how to get through the maze to make it easier and more interesting, or just leave out the mazes altogether?

Finding the key on the third planet has a puzzle behind it (having to do with the picture of the tree that you found) but right now it's really easy to miss the start of it that is hopefully supposed to hint you in on how to solve it. We're aware of that, but need to write some code to fix it. We'll also look into third-person view which is another thing that we didn't manage so far, but thought of.

Hopefully this will already solve some of the gameplay issues, but regarding that, we were worried that the whole thing feels a bit dull right now, mostly on the count that we didn't implement any story elements yet. This is why you had no idea what you were supposed to be doing and we're sorry about that... To be honest, this demo is mostly us being proud of finally having something playable in front of us, it's our first project and we want to learn game design through it. Evidently we have a long walk in front of us but yeah, without putting something out there and start gathering feedback, it's gonna be a hell of a lot longer, thank you for your input!

And I couldn't be happier to read and hear your comments on the visuals, game's visual designer responding here. So on behalf of the whole team, we're really glad you love it, and from me personally, thank you, it means a lot! 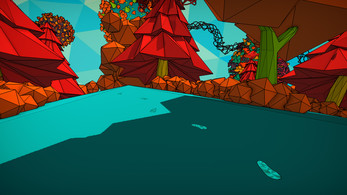 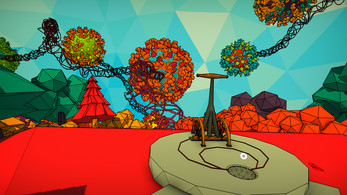 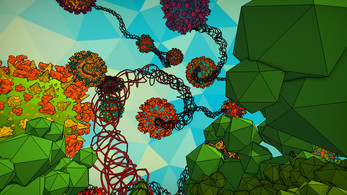 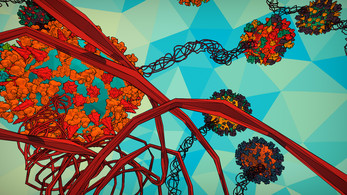 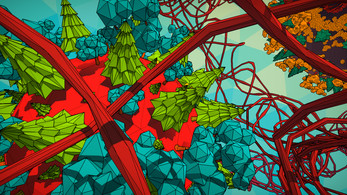